HRADIL, the special-purpose cable engineering company from Bietigheim-Bissingen/Stuttgart presents a high-performance hybrid cable for rugged outdoor environments which is suitable for use in energy chains and has been designed not just for data transmission via Ethernet but also for power transmission.
The high-performance hybrid cable is a Cat5e Ethernet cable which is suitable for use in energy chains and transmits power up to an operating voltage of 125 volts. Apart from transmitting data in real time – such as the transmission of live images via Ethernet (1000Base-T) - it also supplies monitoring cameras or servo motors with power. The HRADIL high-performance hybrid cable was designed for very rugged outdoor tasks and for an expanded range of temperatures from -10 up to 70 degrees Celsius for mobile applications and from – 40 up to 120 degree Celsius for permanent installations. The innovative cable design and materials used for its construction lend the HRADIL hybrid cable some extraordinary mechanical capabilities - it can withstand tensile strengths of up to 100 N. Moreover, the HRADIL hybrid cable has been designed to survive at least 100,000 cycles in the drag chain. The HRADIL high-performance hybrid cable has been primarily designed for use in offshore and maritime environments, but also in aerospace applications where it is used to monitor ship engines, gen sets or turbines. The HRADIL hybrid cable complies with the standards according to EN50288-2-2, EN  50173, ISO/EC 11801 2nd edition, IEC 61156-6, EN 60332-1 and IEC 60754-2 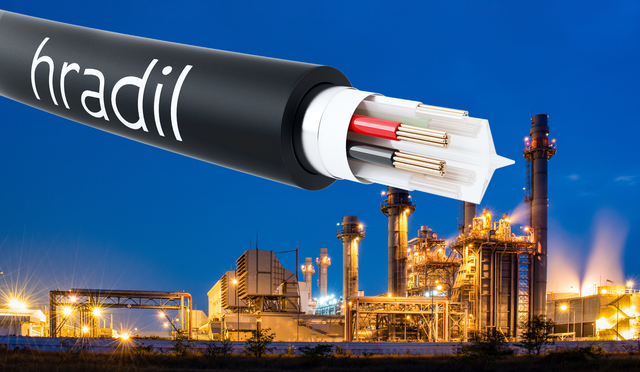 Fig. 1: The HRADIL high-performance hybrid cable unites four important qualities:
Power chain capability, rugged outdoor credentials, Ethernet and power transmission capability. (Mc 243/shutterstock)
According to Alfred Hradil, Managing Director at HRADIL Spezialkabel, „today, more and more industry users are demanding cables that are very versatile”. Whether for reasons of cost or maintenance, or to save space: tasks, which in the past were performed by several cables, are combined today in a single hybrid cable. This can only be accomplished, however, where the technical design and use of material permit the combination of several functions in a single cable. For the very first time, HRADIL now offer a hybrid cable which brings together four properties or capabilities in a single cable: Ethernet according to Cat5e to transmit real-time data up to 1,000 Base-T, power transmission up to 125 volts, rugged outdoor characteristics to survive many years of use even in extreme climatic conditions and also highly-developed energy chain capabilities designed to withstand extreme tensile and torsional loads. 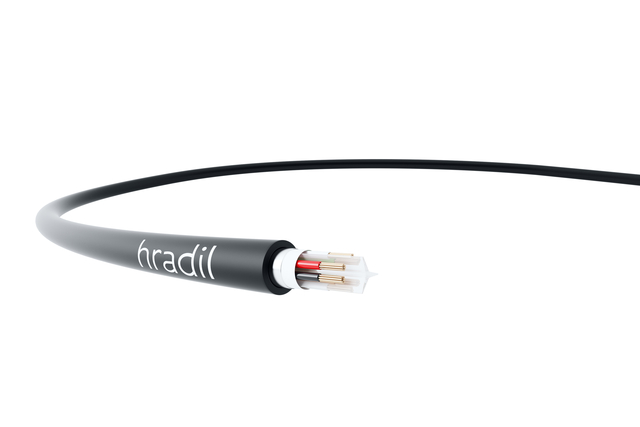 In order to prepare the high-performance hybrid cable for the mechanical loads that come with deployment in power chains on the one hand, and the thermal and physical demands of outdoor usage on the other, the HRADIL engineers have reached deeply into their bag of tricks to select the best materials: the extremely robust cable jacket consists of a special FRNC compound. The HRADIL hybrid cable is halogen-free in accordance with 11801.2, resistant against oil and gasoline and also against cooling fluids, lubricants, cold cleaners and, in addition, also against ozone and UV radiation. As a result, the HRADIL hybrid cable copes easily with any kind of environment - arctic or tropical temperatures, aggressive dust or environmental toxins, seawater, massive exposure to UV and solar radiation or ozone.

Another, frequently underestimated challenge are the considerable tensile and torsional loads the cables are subjected to as part of the rolling action of the energy chain. For this reason, the engineers at HRADIL have designed the high-performance hybrid cable for at least 100,000 bending cycles at a maximum tensile strength of up to 100 N. The permitted bending radius is 5 x d for fixed and 10 x d for flexible installations.

HRADIL also score points thanks their superior engineering savvy. The high-performance hybrid cable sports an outer diameter of only 6.9mm, while combining six 2 x 2 x 0.14mm2 (AWG26/7) and 2 x 0.34 mm2 (AWG22/7) cores within, which are separated from each other by a specially designed star-shaped component for enhanced stability of the entire cable construction.

Electrical characteristics which are second to none

The electrical characteristics of the integrated data cable support data transmission speeds of up to 1,000 Base-T according to Cat.5e. The wave impedance is 100 ohms at 100 MHz.

Potential interferences are eliminated thanks to state-of-the-art EMC measures, such as aluminium composite foil and braid screens. The tested transmission properties across all frequency bandwidths for attenuation, Near End Crosstalk (NEXT), Attenuation-to-crosstalk ratio (ACR) and Equal Level Far End Crosstalk (ELFEXT) have proven to be well above average. 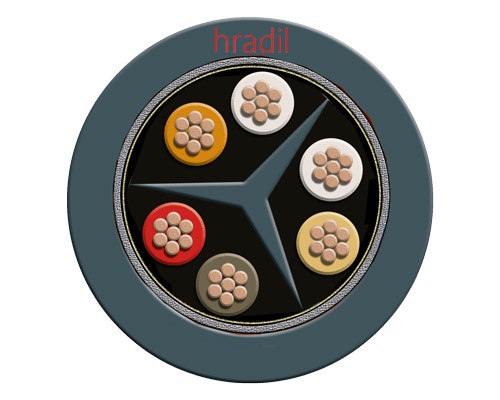