The new High-Endurance cable by Hradil Spezialkabel permits the combined transmission of electrical power and high-speed data across the entire length of the train interior, including couplers.
Hradil Spezialkabel, the specialty cable engineering firm located in the south-west of Germany, presents its high-endurance hybrid cable, an extremely robust cable for indoor and outdoor applications which is also suitable for trains. The Hradil hybrid cable removes the need to have separate cables for power and signal transmission, combining both tasks in a single connection cable. Additionally, the Cat. 7 hybrid cable is suitable for indoor as well as for mechanically demanding outdoor use. This means that, with a single cable the whole train can be completely connected, even across couplers. In addition to applications such as ASDN, FDDI, ATM and Cable Sharing also high-speed applications up to 10GBase-T IEEE can be implemented. In spite of this, the hybrid cable by Hradil has an outer diameter of only 18.6 mm. It meets the exacting fire protection requirements of DIN EN 45545 as well as the Hazard Level 1-3 (HL1-3) standards. Hradil’s engineers have designed the cable to withstand extreme mechanical loads up to 10,000 Newton and for a bending radius of 10 times the outer diameter. The black high-endurance hybrid cable comes in a polyurethane outer jacket made from a halogen-free HFFR compound. Underneath this black layer there is another insulation in red. In case of excessive wear, or, if the cable jacket becomes damaged, the red colour underneath acts as a warning that the cable should now be replaced for safety reasons. 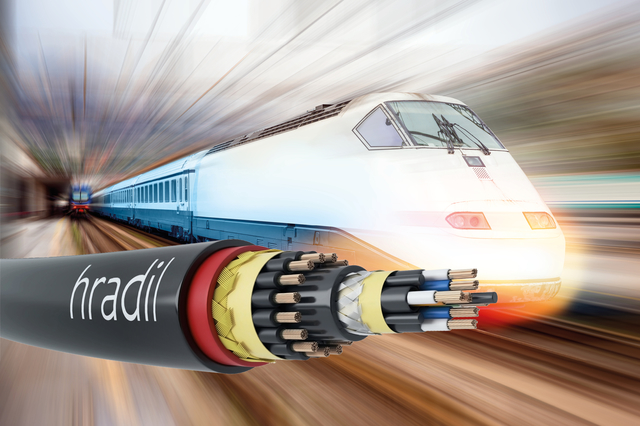 Fig. 1: Cat.7 Hradil hybrid cable for railway vehicles for indoor and outdoor use. The high-endurance cable enables the combined transmission of power and high-speed data.  (muratart/shutterstock)
Special compounds were used for the Cat.7 high-endurance cable by Hradil with 4x(2xAWG24/19) and 16x1.5 mm². For added tensile strength, the jacket as well as the core of the cable feature aramid fibre braiding. The outer cable jacket is resistant against oil and gasoline as well as against ozone, UV, cooling fluids, lubricants and cold cleaning agents. The railway cable by Hradil excels in temperatures ranging from -40°C to +85°C. 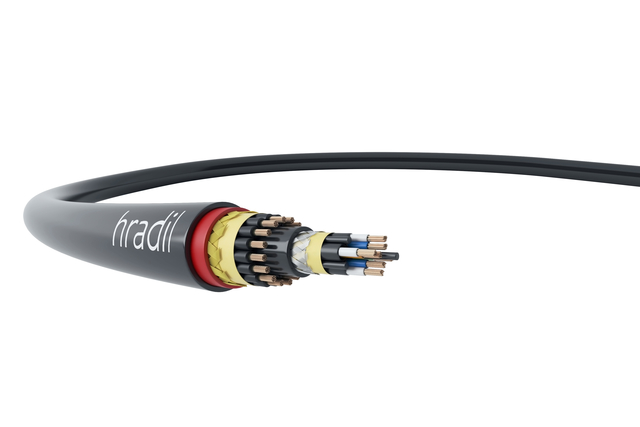 Fig. 2: The Hradil high-endurance cable: no need to have two separate cables anymore to transmit data and power - instead the cable combines both tasks in a single connection cable from railcar to railcar. 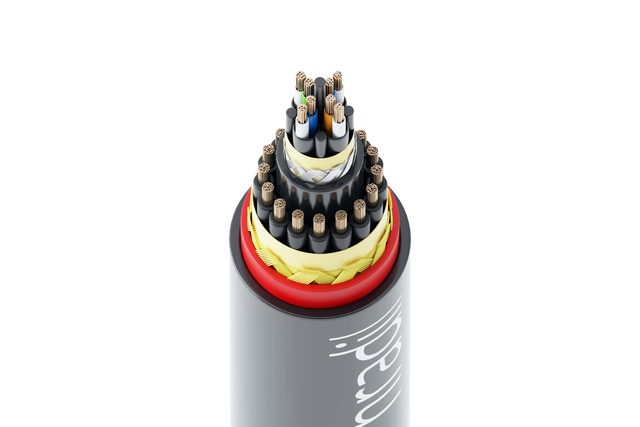