The association Arche Noah Kreta e.V has been actively promoting animal welfare on the Greek island of Crete since 1998. The main focus of veterinarians is to spay and neuter stray animals on the island and provide them with medical care. As this work expanded from Greece to other countries, the association established a pool of veterinarians to perform spay and neuter surgeries throughout the world.

It all began with sterilisation, parasite treatments and general examinations for dogs and cats in Crete. The huge number of strays were a major problem for both humans and animals, but large-scale campaigns to poison or kill strays and the construction of animal shelters did nothing to permanently reduce the animal population. In contrast, Arche Noah Kreta is not simply looking to reduce animal suffering, it wants to ensure that it never becomes a problem in the first place.

This ambition has led to the development of a veterinary intervention team, which – at the request of local authorities – can perform sterilisation procedures all over the world. The team works primarily in Greece, Romania, the Cape Verde islands and the Dominican Republic and comprises a number of veterinarians specializing in soft tissue surgery.


Each year, the veterinarians spay or neuter approximately 10,000, thereby saving around 50,000 animals from being born into a world where they are not wanted. 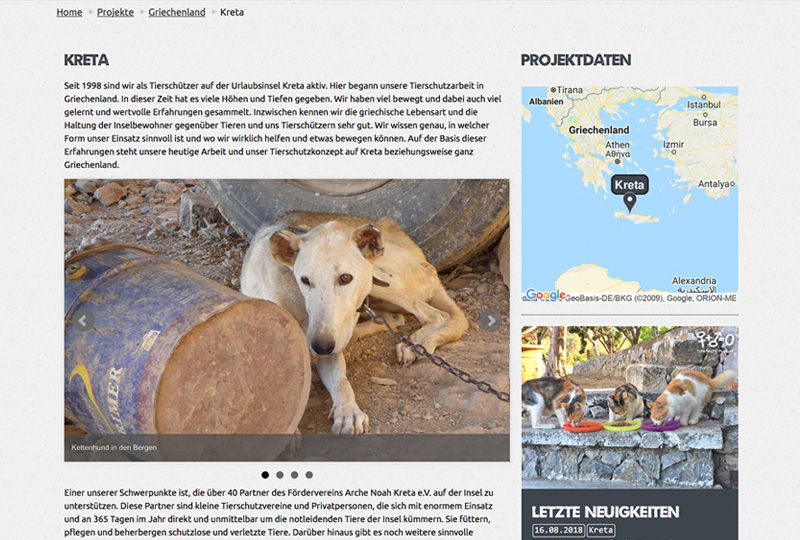